Looking To Buy Koi & Other Fish Species In South Africa?

Look No Further! Many people In South Africa are looking for all sorts of fish to put in their ponds, most people want Koi or Goldfish, but there is a growing interest for naturally occurring species to be placed such as Mozambique and Banded Tilapia, even Catfish are starting to be placed in ponds.

Contact Us and he will be able to help you out with your fish requirements, we can organise you any South African fish species as well as Bass, Carp and of course Goldfish and beautiful Koi. 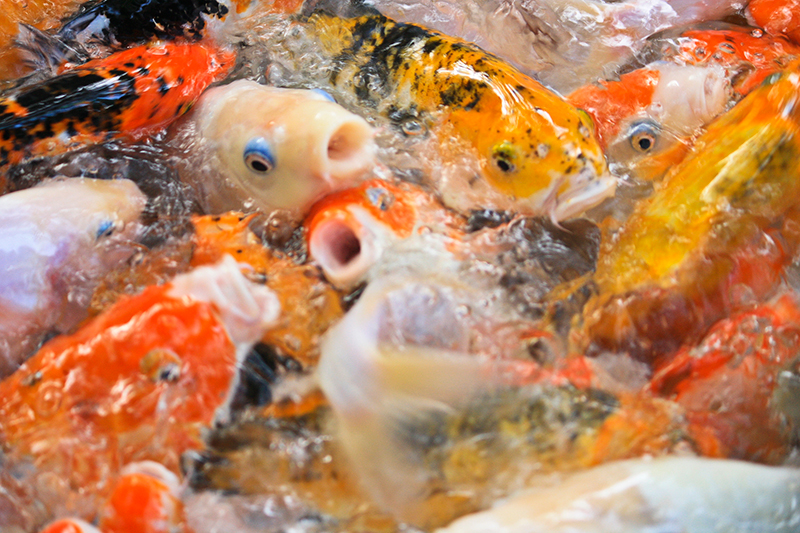 Fish Species Superpumps Can Offer You?

We offer a variety of other fish species as well.

If you would like to know more, please get in touch with us below…

Looks like a cross between a carp and a yellow fish. Pointed head with large mouth. Eyes situated just behind and in line with mouth. Dorsal fin short, midway between tip of snout and end of caudal peduncle.

Native to China, from large rivers flowing into Pacific. Reports as living to 50 years.
Introduced from Malaysia (1967) and Germany (1975). Cultured and stocked from Umgeni Hatchery into farm dams in Kwa-Zulu Natal and Mpumalanga, for weed control. Introduced to Mozambique from Cuba.

Umgeni, above the Nagle Dam and in farm dams KwaZulu-Natal, Victoria Lake (Germiston). Prefers large slow-flowing rivers or standing water with bodies of vegetation. Tolerant to temperatures 0° – 38°. Feeds primarily on aquatic plants but also insects and other invertebrates. Breeds in flowing rivers, rising in flood. Eggs and larvae floating in water.